Talking with T is a talk show designed to Engage, Educate, Empower , Encourage and Entertain its listeners with Trending Topics, Noted News, Interviews, New Music and much, much more!

Talking with T features a variety of topics and information to engage its listeners.

Meet the People Behind the Show 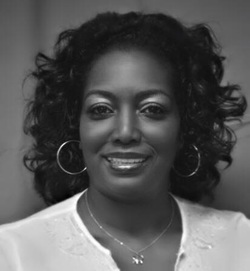 Tanisha Fitzgerald-Baker - Talk Show Host
Tanisha is a native of Knoxville, TN where she graduated as valedictorian from Austin-East High School.  She continued her education graduating from both Florida A&M University and the University of Tennessee with degrees in Actuarial Science and Education.
For the past 15 years, Tanisha has served in the educational arena.  Her career began in the classroom followed by working nine years as a math instructional coach and consultant.  Tanisha is currently the Director of Data Analysis & Research as well as College & Career Access/Success Team Leader for Project GRAD Knoxville.  She is skilled in data analysis, research, professional development and presents on a multitude of topics.

Tanisha is passionate about her calling to educate and elevate others through professional and personal development and community outreach.  She also embraces the opportunity to serve.  One of her favorite quotes by Susan Gale reads “one should never be content to sit on the sidelines when there is so much work to be done in the field.”

Tanisha is the President and CEO of Educational Enhancement Service, Inc. established in 1998. She is also a member of the Five Points Up Community Action Group.  She has developed the unifying concept of The Village of Knoxville with the mission to organize opportunities that educate, elevate, encourage and empower all citizens. (www.thevillageofknox.com ). “Talking with T” is an extension of the mission that guides The Village of Knoxville.

Tanisha is a member of Alpha Kappa Alpha Sorority, Inc. Her hobbies include writing, art, and jewelry design. She resides in Knoxville, TN with her husband, Darritt Baker and only son, Tylan Baker. 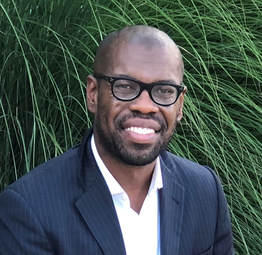 In March 2018, he launched One Knox Legacy Coalition with veteran and emerging leaders with in Knox. This group engages the civic and faith-based communities to education and mobilize voters through the #WeVoteInKnox social media campaign and through the One Knox Ujima Rally at Haley Heritage Square, One Knox Voter Empowerment Week, and One Knox Voter Action Week. 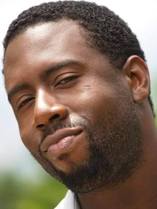 Marcus Carmon - Creative Contributor
Marcus is a Washington DC native who studied Spanish and theater at the University of Tennessee. After working in corporate america Carmon began his multimedia production company Carmon Sense Productions in 2011.

In 2012 he produced his first full stage production "What in the Hell Do You Want?" co-directed with broadway actress and director Larjuanette Williams. The play was a success with over four hundred in attendance during the two-day showing.

Carmon has produced the hit theatrical presentation The 5th Woman and is currently filming the first web series from Carmon Sense Productions, 'The Divorce Party' set to debut Fall 2015. He is also in works to create a documentary on Knoxville College along with Knoxville College Historian Robert Booker.